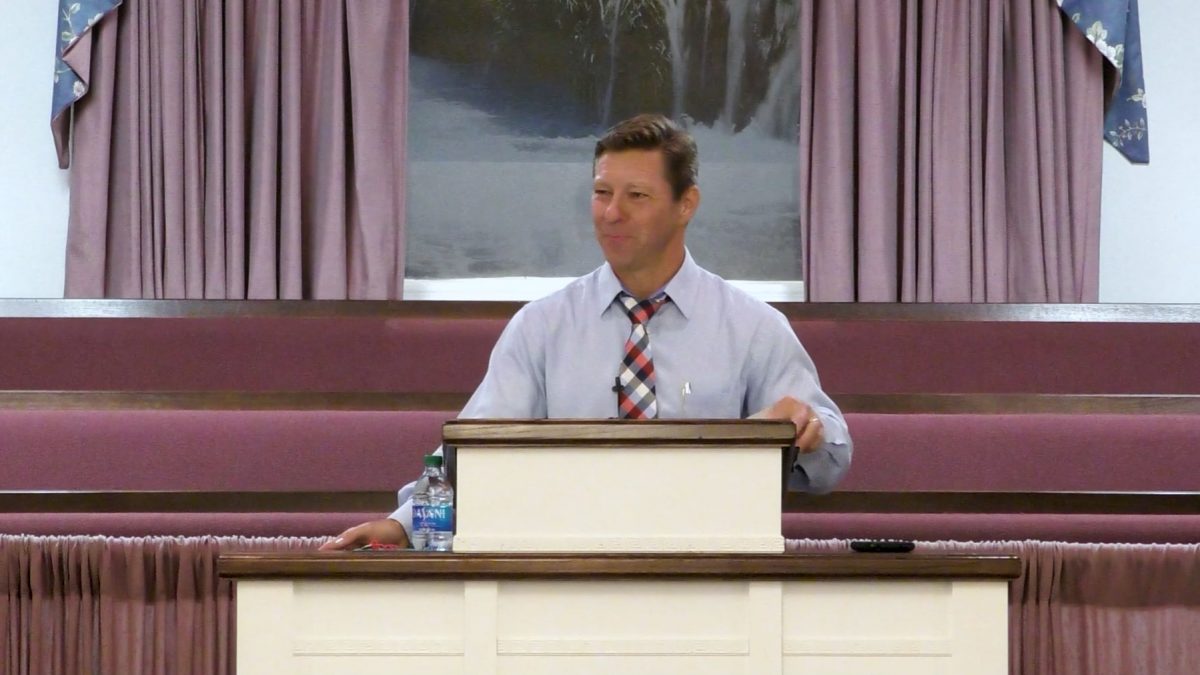 I thought I had gotten saved when I was 10 years old. At that time my family was going to a Methodist Church. One evening they were having a special service to watch “The Burning Hell”. The movie put the fear and dread of Hell in my heart. I responded to the alter call and prayed a prayer after someone but there was no change of heart. As I grew older I would say that my life was quite miserable; especially, when I would think upon the matter of being saved or not.

By God’s providence, In April 1996 I started working at Gulfstream Aerospace. There I met a real Bible Believing Christian. He challenged me concerning my faith in Christ. I gave all the right answers but still no peace within. This man was different from most Christians as he had a zeal for God and purity of life. He invited me to his church, Calvary Baptist Church in Beaufort, SC. Two months later I decided I would visit. The night before going to his church I got down on my knees and asked God to reveal to me if I was truly saved or not.

I don’t remember the title of the message, but one thing was for sure. God would use this preacher, Pastor Karl Baker, with the authority of His Word, (Rom. 10:17) to reveal my true need of Salvation. By the end of the sermon I wanted to be saved more than anything in this world. For the first time, I died to myself and trusted Jesus Christ to save my soul in sincerity. Something was different that day I left church. I had a peace with God that I had never experienced before. My conscience didn’t condemn me anymore. God was now so real to me and His Word so true. According to Rom.12:1-2, our reasonable service is to seek the Lord’s will in our lives.

I was able to attend our local church’s Bible Institute in 1999. I completed a 3 year course and received a Bachelors Divinity degree in 2001. In 1999 a missionary family, the Fairs, came home to our church for furlough. That was when I met my wife to be, Melissa Fair. We were married Jan. 6, 2001.

The end of 2002 we went to Papua New Guinea on our first missions trip. My in-laws serve as missionaries there. We continued to serve the Lord in our local church desiring to be used of Him.

In 2006 a few men and I from our church went on a mission’s trip to the Dominican Republic. The Lord was dealing with me about the mission field, I just wasn’t sure where and when He would call. My family and I have been content to abide at out local church and serve the Lord there; but the desire of possibly being missionaries ourselves has never left us. November 2008 we received a prayer letter from a missionary in Bulgaria, Jeff Krontz. He mentioned the need for a missionary in Burgas which is 6 hrs. from where he ministered. There were some people asking and praying for someone to come start a work there. After much prayer the Lord gave assurance for me to go. Everything worked out perfectly. The month of July my company had a temporary layoff. I was able to go to Bulgaria for 3 weeks in  July 2009. While there I was able to spend 4 days with the Bulgarian couple who have been praying for someone to come. I believe this family is to me and my family just like the vision was to Paul in Acts 16:9. It took some time for me to be settled in this, but the Lord convinced me by the end of September 2009 that it was time to step out and obey God and His leading. Ps. 37:4,5. We thank you for your thoughtful and prayerful consideration for the ministry the Lord has called us to. May God bless you all as you seek to serve Him and be a blessing in His sight. 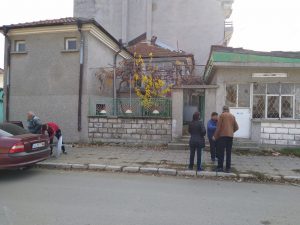